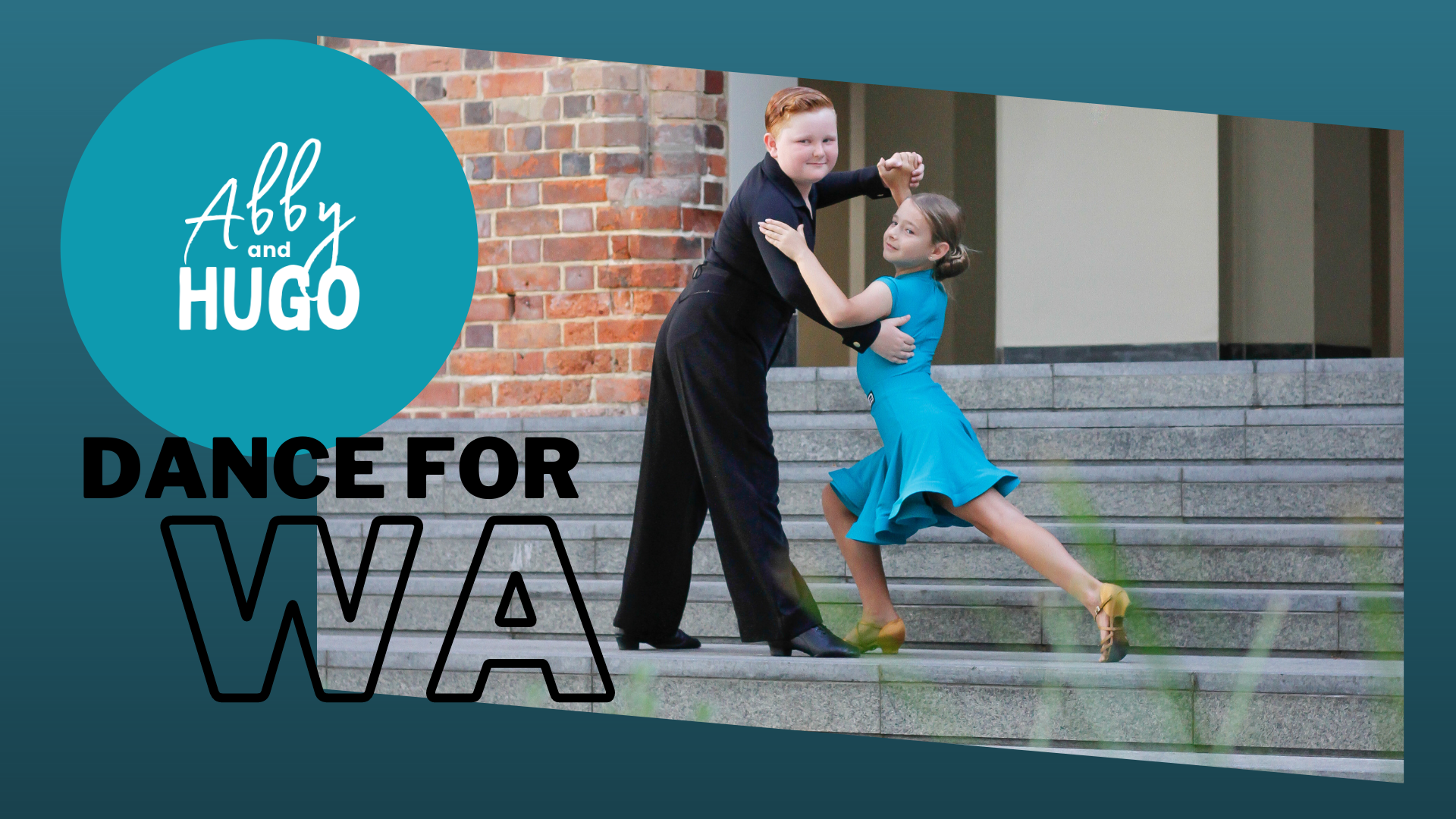 We are fundraising to get ourselves all the way from Perth, Western Australia to represent our state at the

Every single dollar helps us get closer to dancing at ‘The Aussies’ and doing our best to not only represent Perth dancers but hopefully bring home a medal or two! No donation is too small and we will thank every single supporter on our Instagram account.

What we will be doing in Melbourne

We’ll be dancing in the Open Juvenile category for Ballroom Standard (Modern), Latin, and New Vogue – all three styles of competitive Dancesport.

We’ll also be representing WA to the best of our ability and working up to 10 hours a week between now and December to do our best to place (or win!) in each category. 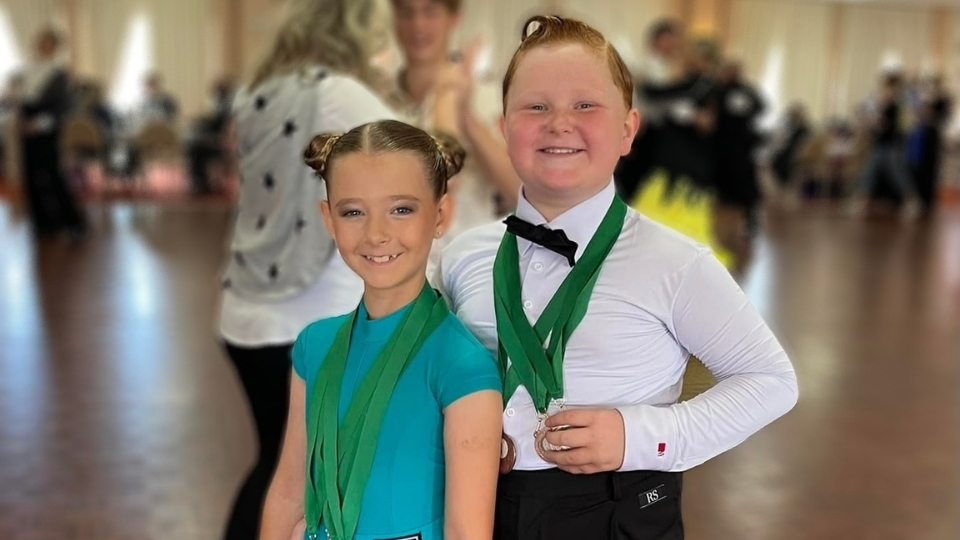 Why we want to go

The Australian Dancesport Championships (the ‘Aussies’) is the ultimate Dancesport competition for competitive ballroom dancers in our country.

A lot of the time, only young adults and adults can afford to travel across Australia to compete from Perth, and we’d like to represent WA in the sport we both love.

Any supporters from our families who get to come with us to Melbourne will, of course, be paying their own way. We are fundraising to help pay the significant costs of our flights and accommodation and for the 3 day event.

Days Until We Fly To Melbourne

Dollars We Are Aiming To Raise

Ways to support us getting to the ‘Aussies’

MAKE A ONE OFF DONATION HERE
PURCHASE A SPECIAL DEAL FROM OUR SPONSORS - CHECK THEM OUT HERE!

Or, if you see us in the studio, ask one of our Mums for a chocolate frog or two! We will be selling them by the boxload between now and December! 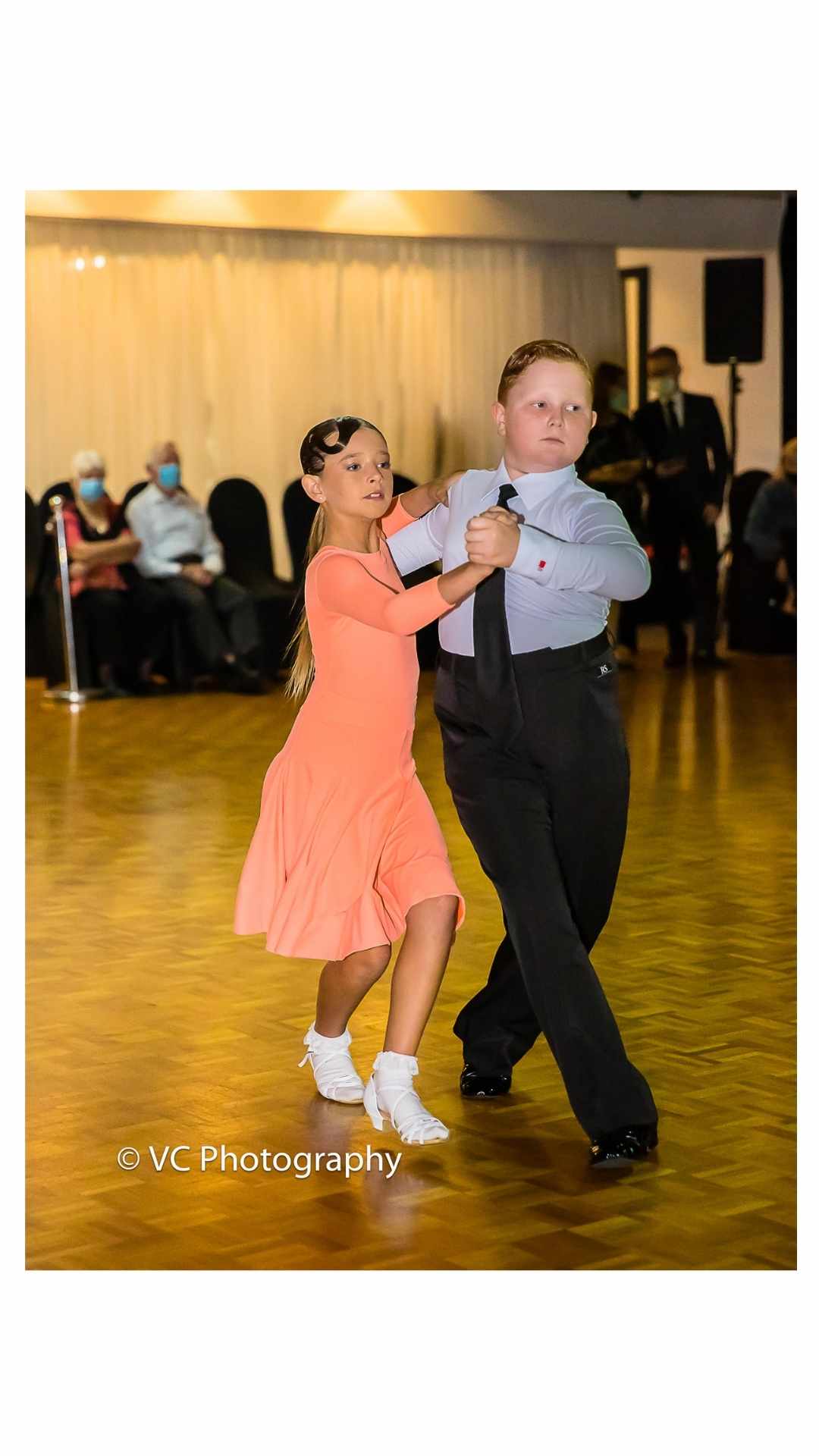 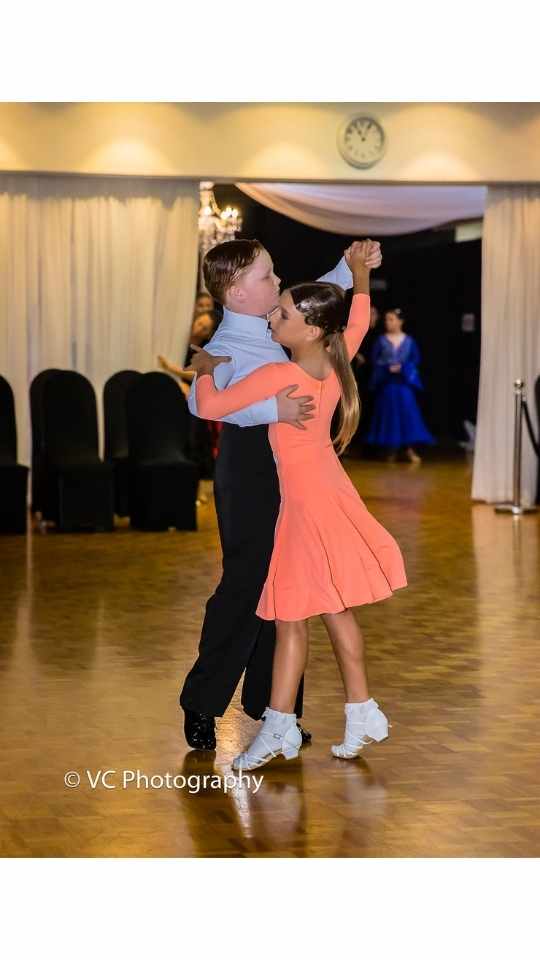 Abby is an extraordinarily talented dancer known for her ability to pick up new dance concepts at lightning speed, while smiling the entire time, and don’t forget she’s doing it all backwards in heels. She started dancing at age 8 and competed in her first Dancesport competition when she was 9.

Abby is currently 10-years-old and although she started dancing Latin only, has since picked up Ballroom and New Vogue to dance with Hugo. She comes from a family of dancers, so is often competing against her younger brother and never getting away with a heel lead in Cha Cha because her mum can spot it a mile off.

Abby spends even more time in the studio than Hugo does, because the entire family is there 5 – 6 times a week. She loves Cha Cha, Jive, and Tango and will practice all of them at any time – even for fun – and although doing twelve laps of the studio floor practicing Rhumba walks is not her favourite, she does it with good grace while chatting to Hugo.

Abby lives with her brothers (2 dancers, one horse rider), and her parents about as far South of Perth as Hugo is East. She has a Maine Coon cat, loves plain pasta and sushi, and can eat her body weight in frozen yoghurt. She’s looking forward to being “yeeted” across the floor when she and Hugo move up to Junior.

Hugo is a redhead powerhouse dedicated to dancing. He nagged his Mother for two full years to start ballroom dance and finally got to start when he was 7.

He is currently 9-years-old and is a competitive Ballroom, Latin, and New Vogue dancer. He constantly changes his mind about which style he likes best, but was absolutely thrilled when Abby agreed to dance New Vogue with him because most Juveniles don’t choose NV as their first option for dancing!

Hugo travels 4 – 5 times a week to dance studios in Perth to learn, practice, and become the best dancer he can be. He participates in medals, takes every dance workshop that will accept under 12’s (and sometimes talks his way into those that won’t), and wouldn’t miss a private lesson even if he had to walk to the studio. Every morning he can be found in his PJs working on his technique while multitasking in front of cartoons.

Hugo lives in the Perth Hills with his family, 2 geese, 4 dogs, 4 cats, a duck, and his chicken called Jeffrey. He plays football, basketball, hockey, and soccer with almost as much joy as he dances (but never misses a comp for a game!) He’d eat pasta every day of the week unless there’s tuna sushi on offer, thinks he might like to be a pilot when he grows up, has a podcast called How To Be Kind, and can’t wait to swing Abby through the air and dance the Paso Doble when they get to dance Junior Latin in 2 years time. 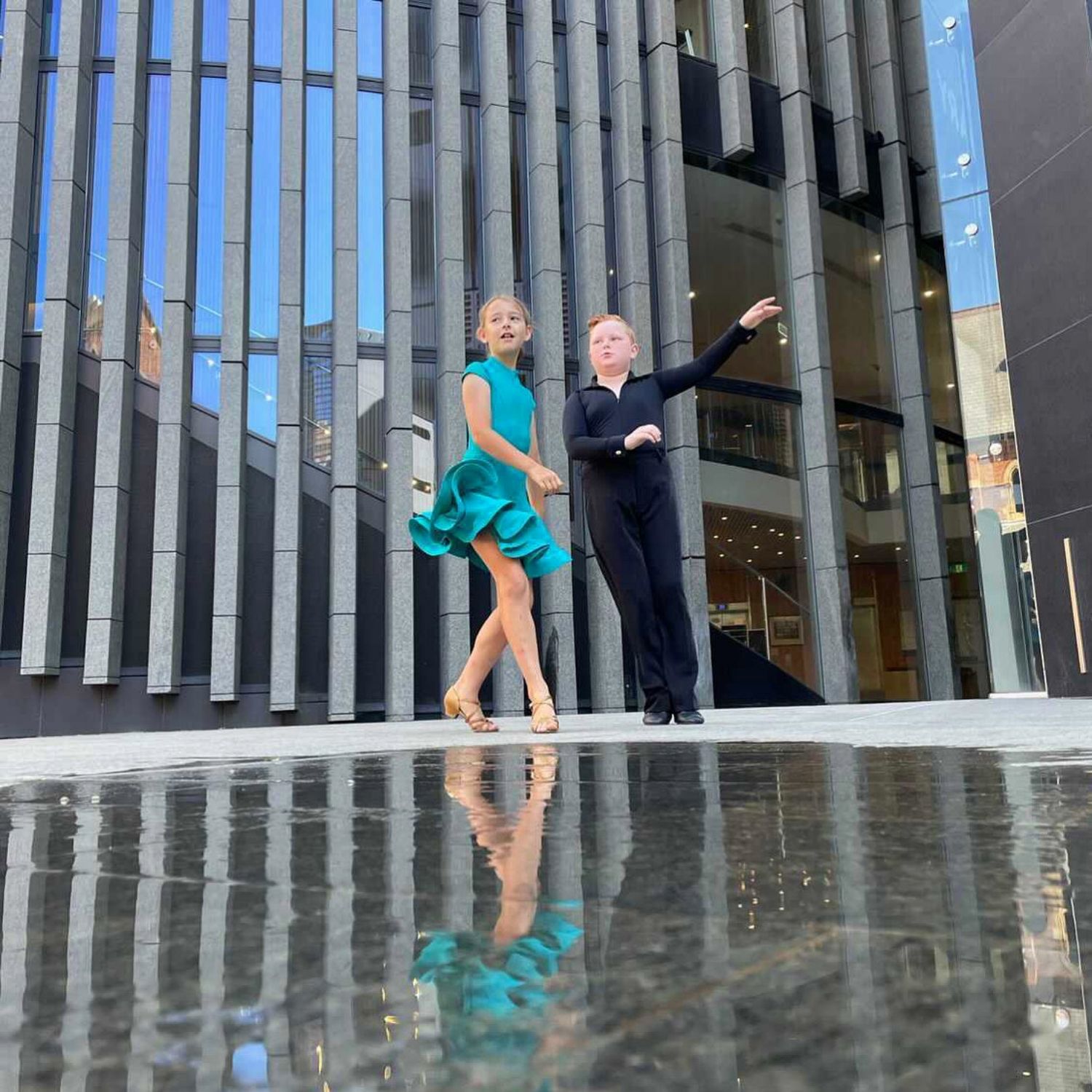 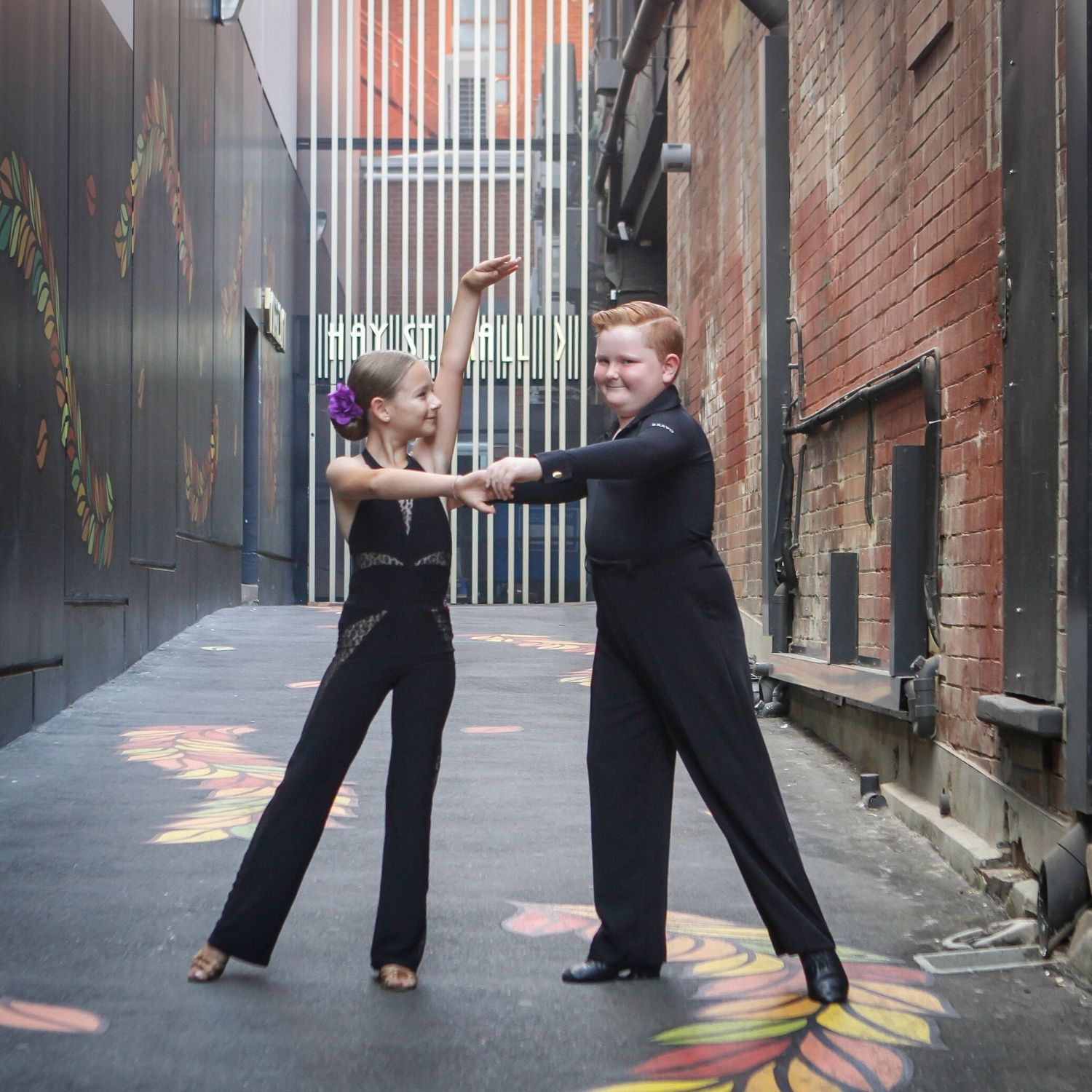 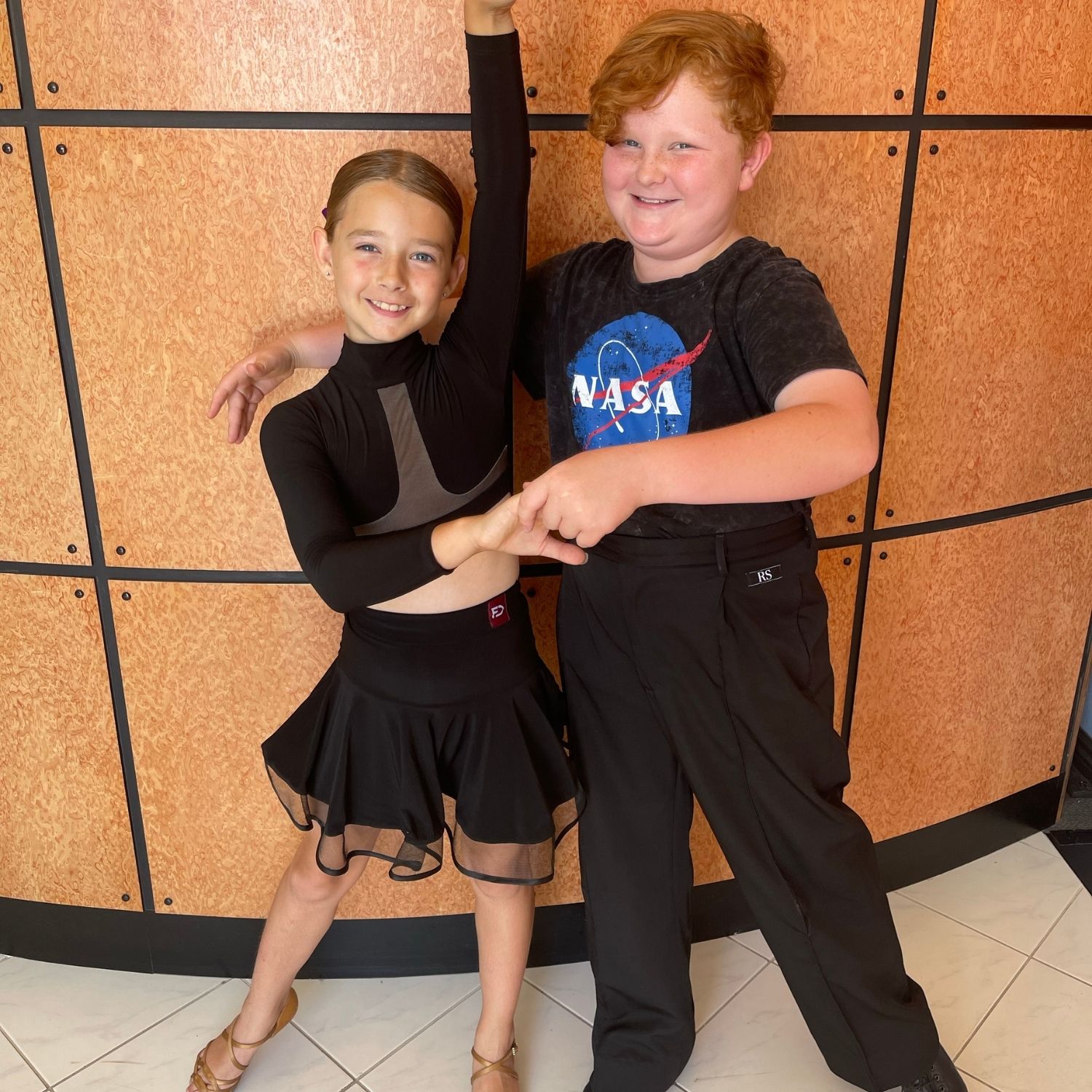 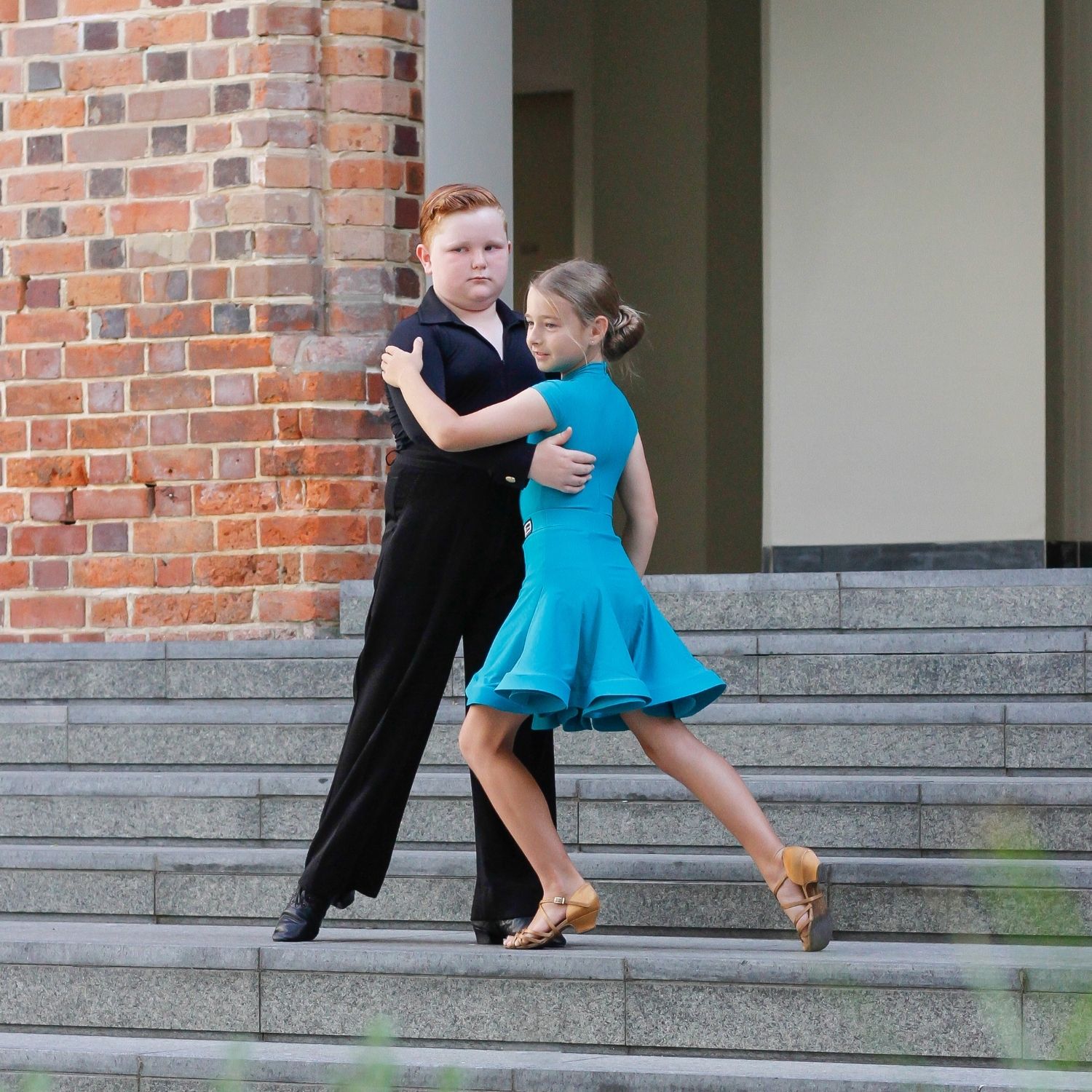 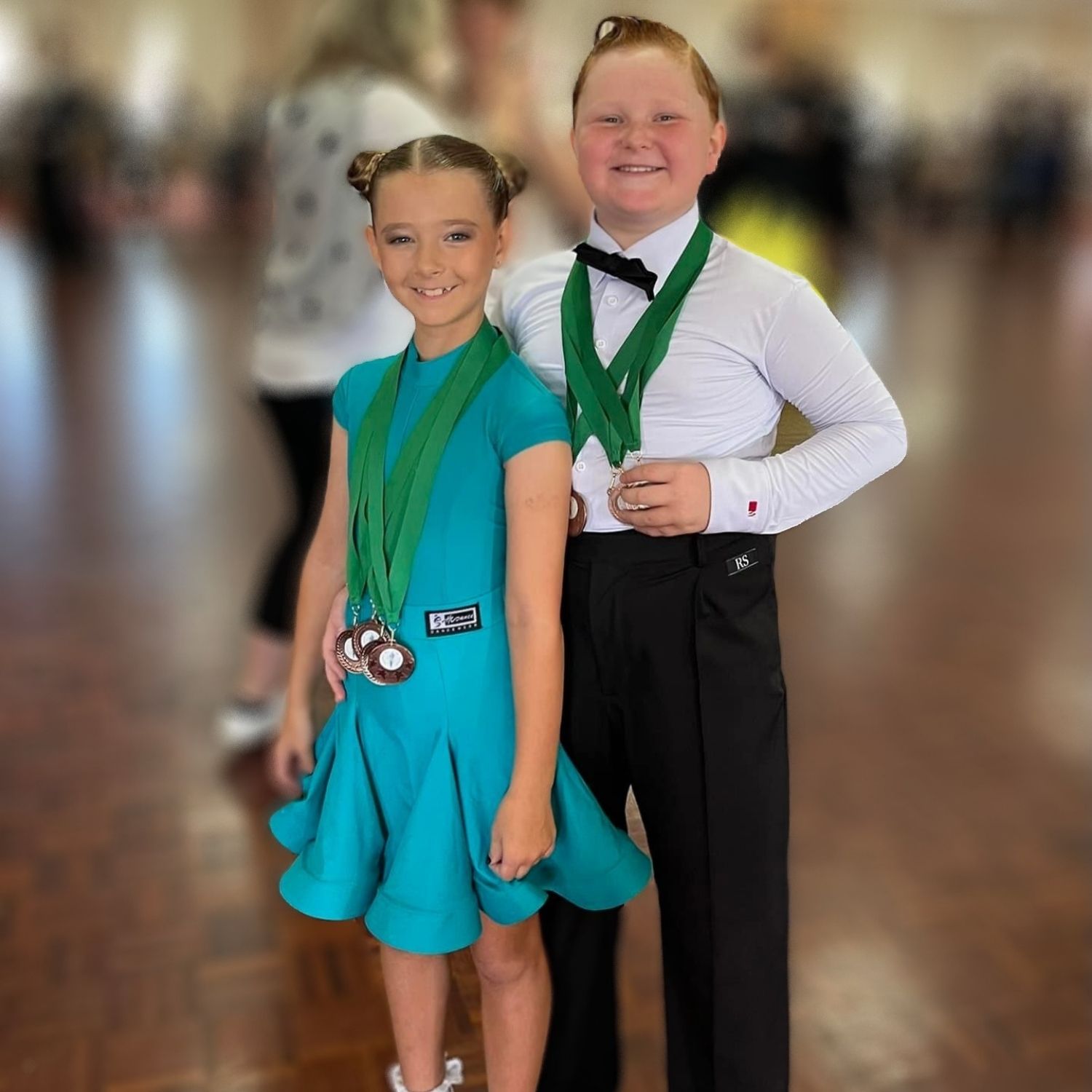 Our huge and very excited thanks to these sponsors!

Please click on their links to visit their digital homes and give them some love.

If you are a business who would like to help us get to Melbourne to dance at the Australian Dancesport Championships, or would like to continue to support our dance career through a more formalised sponsorship, please get in touch for a Sponsorship Package.

OR MAKE A ONE OFF DONATION HERE

Purchase these special offers from our favourite sponsors! 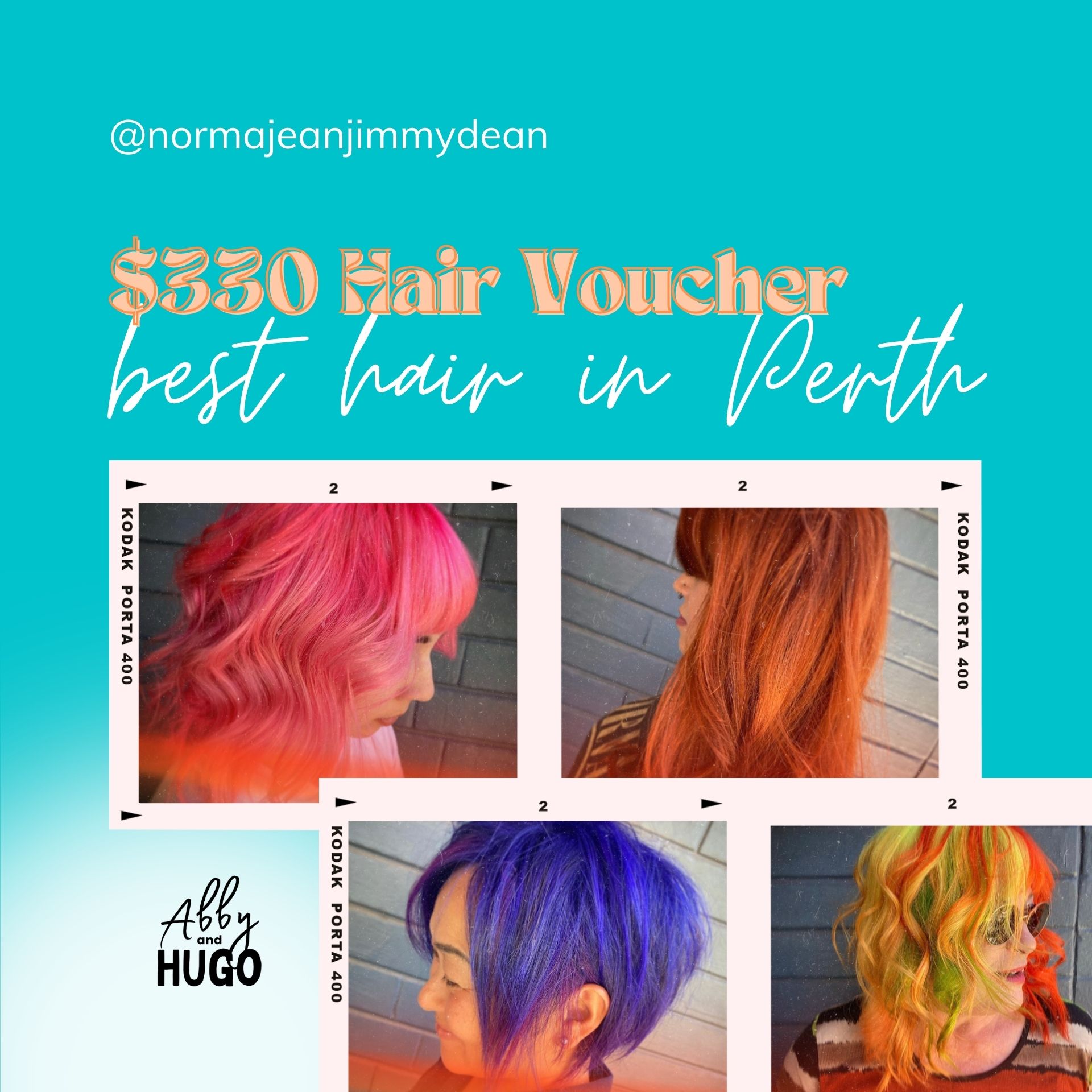 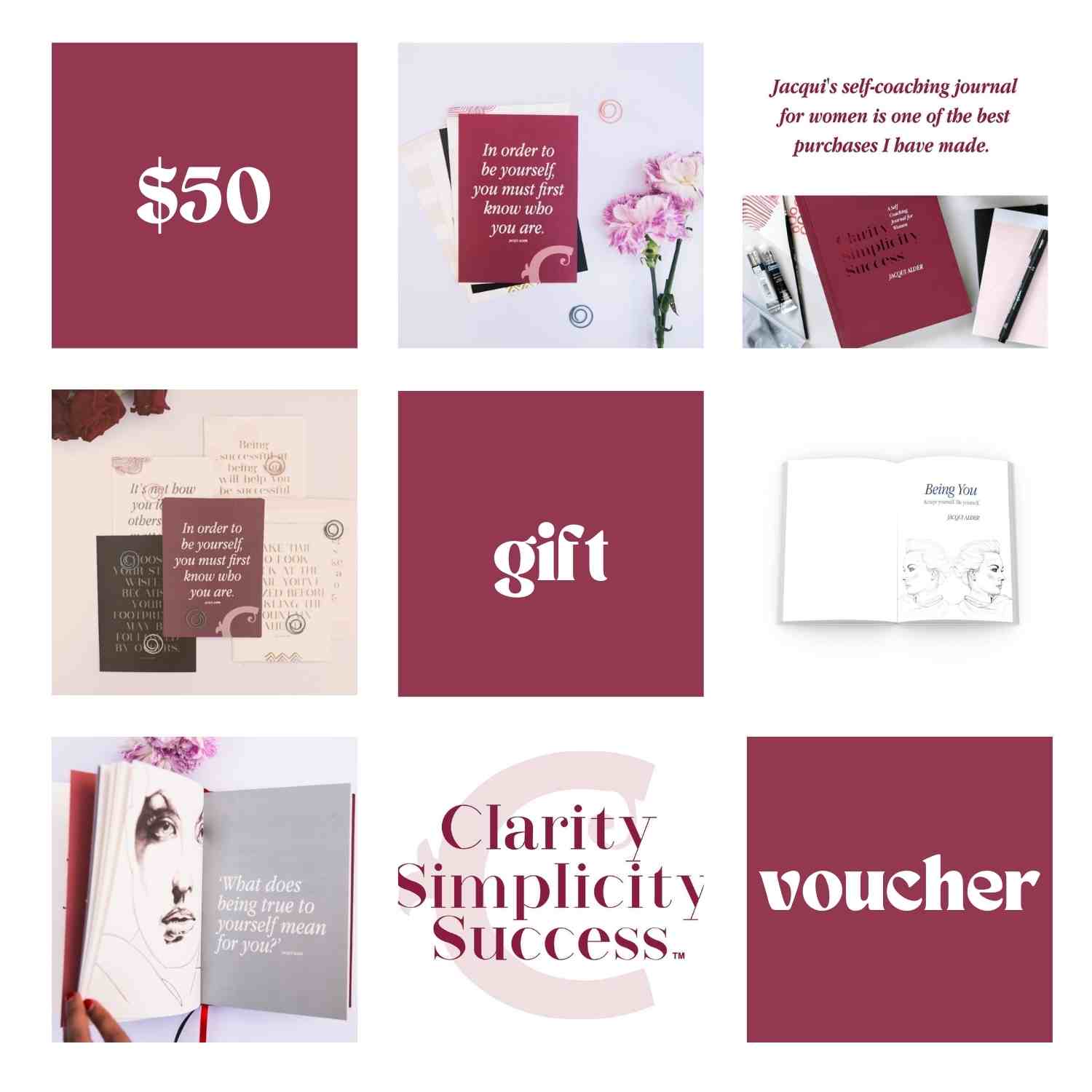 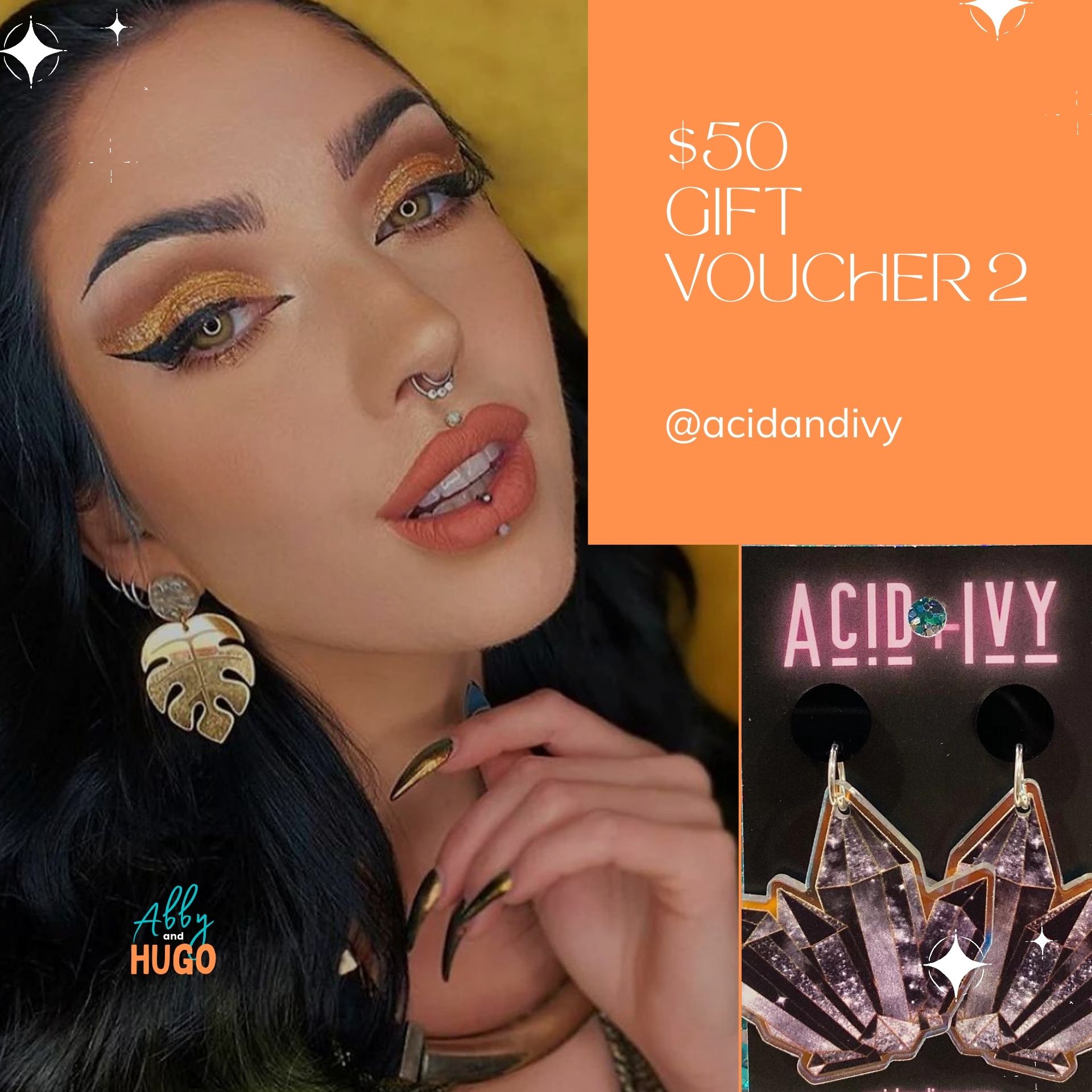 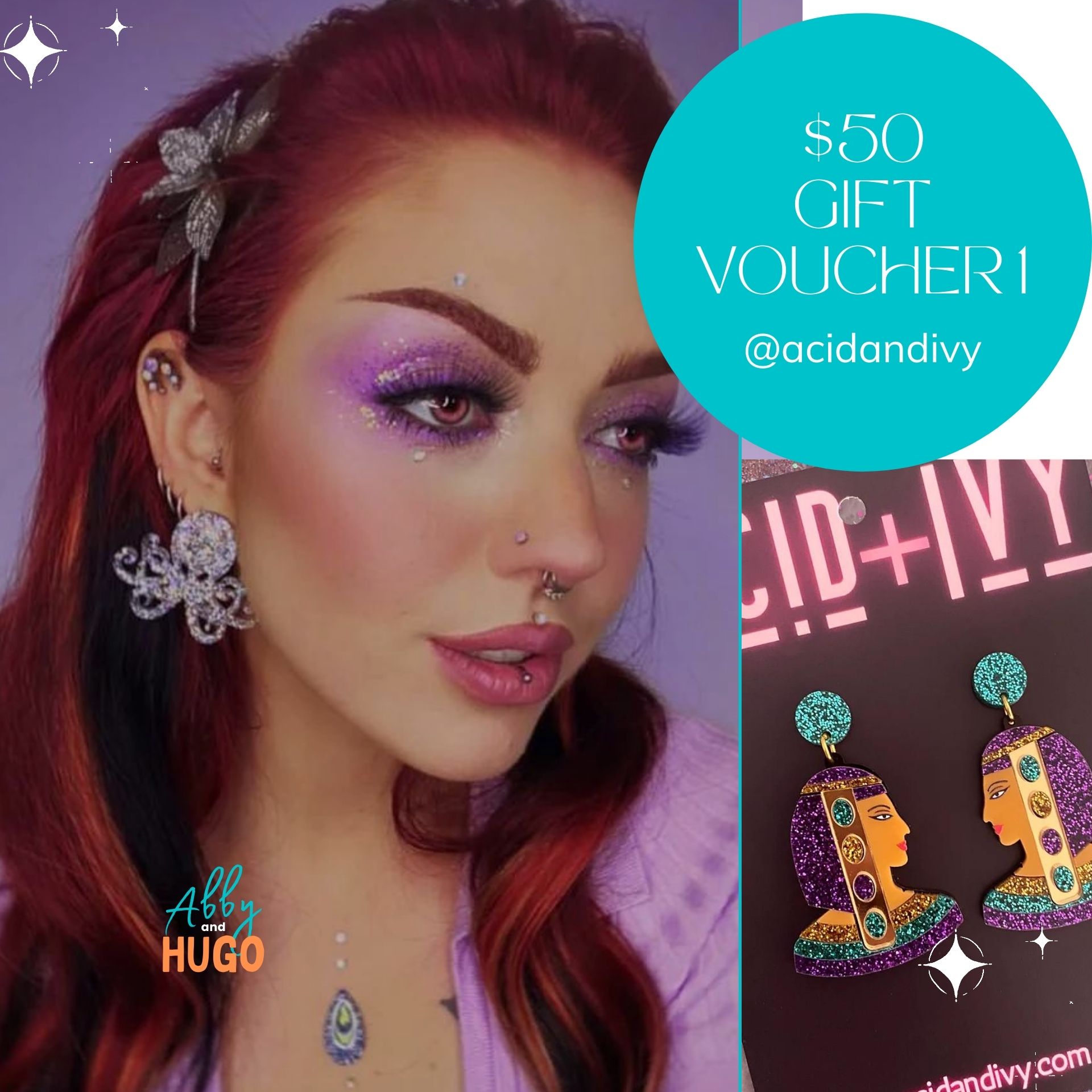 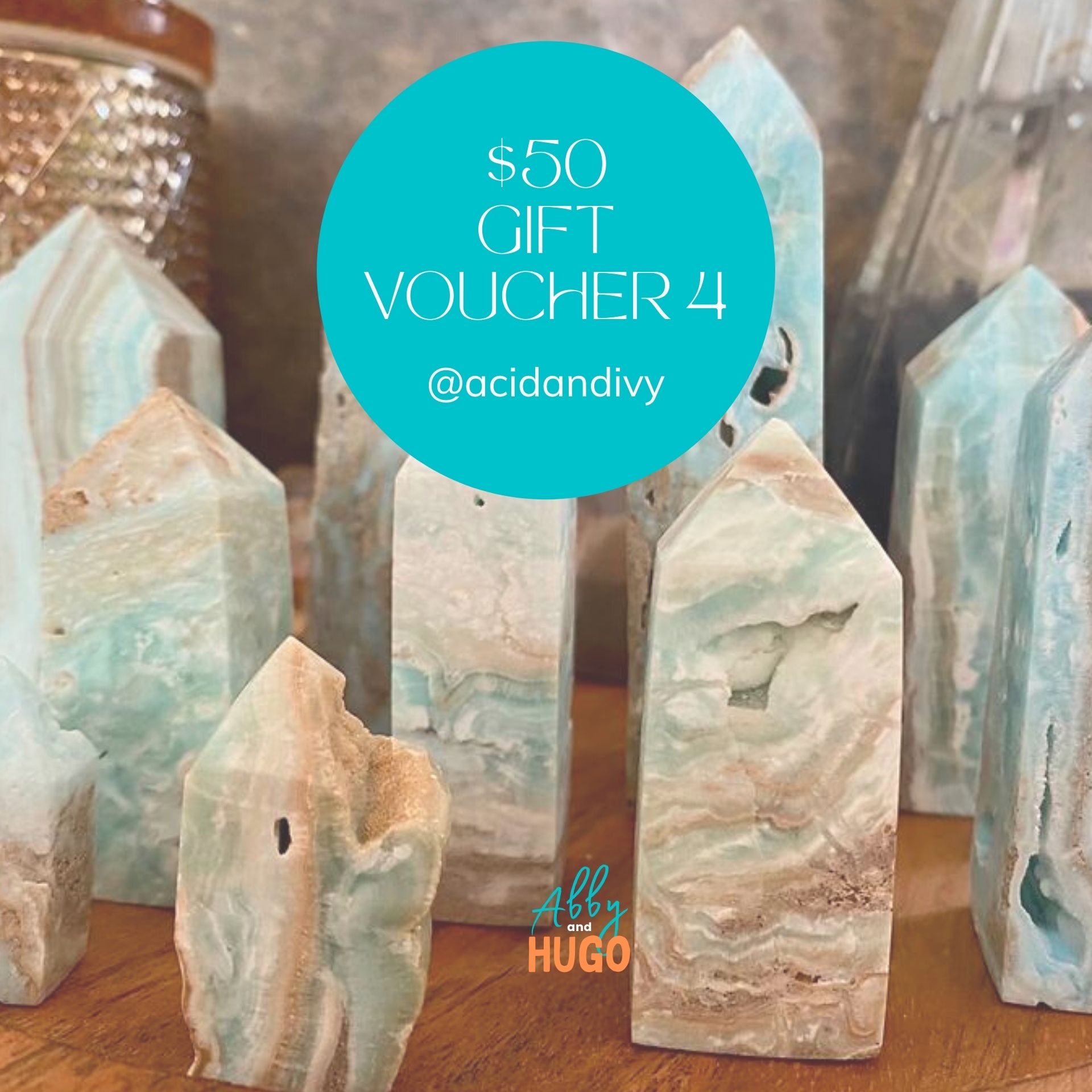 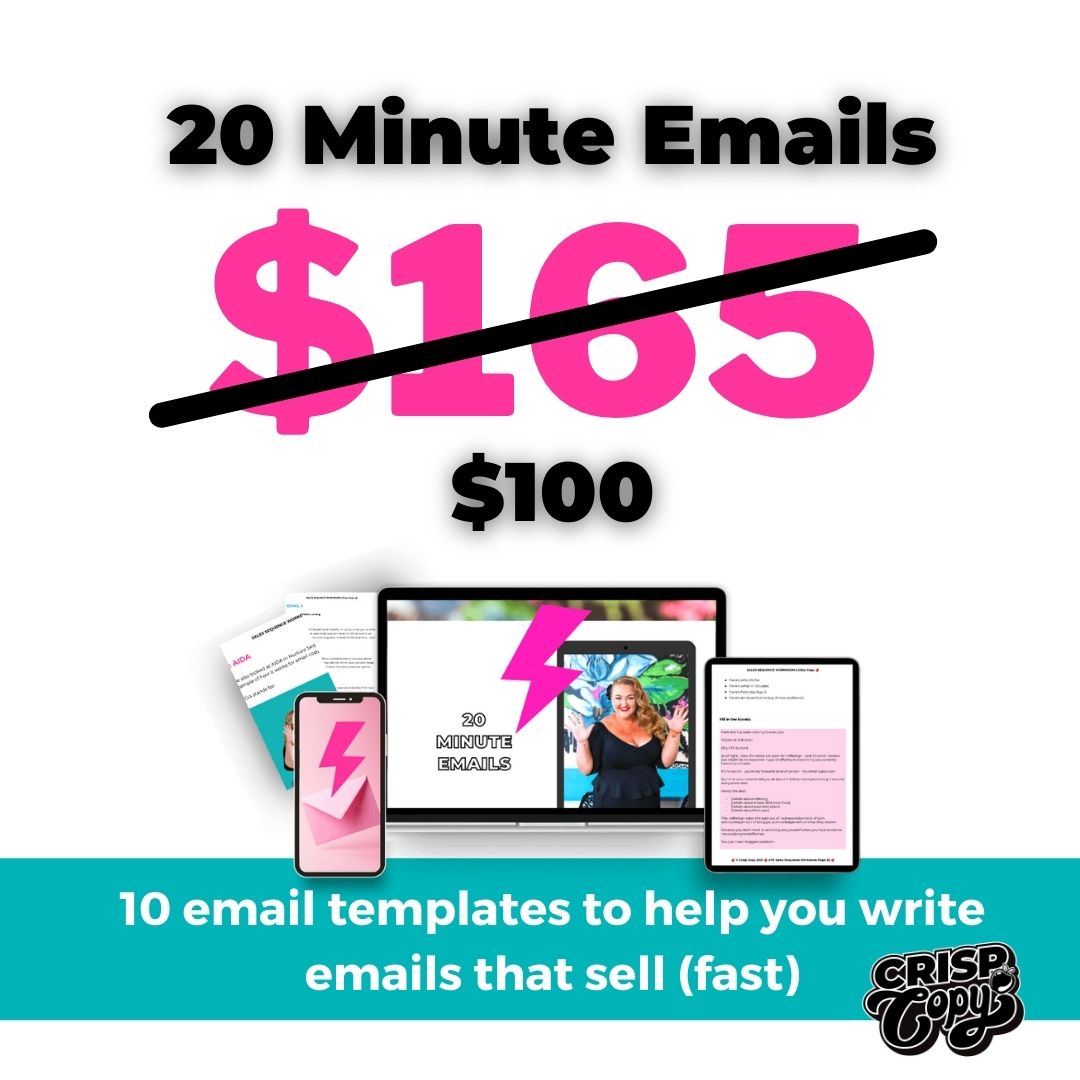 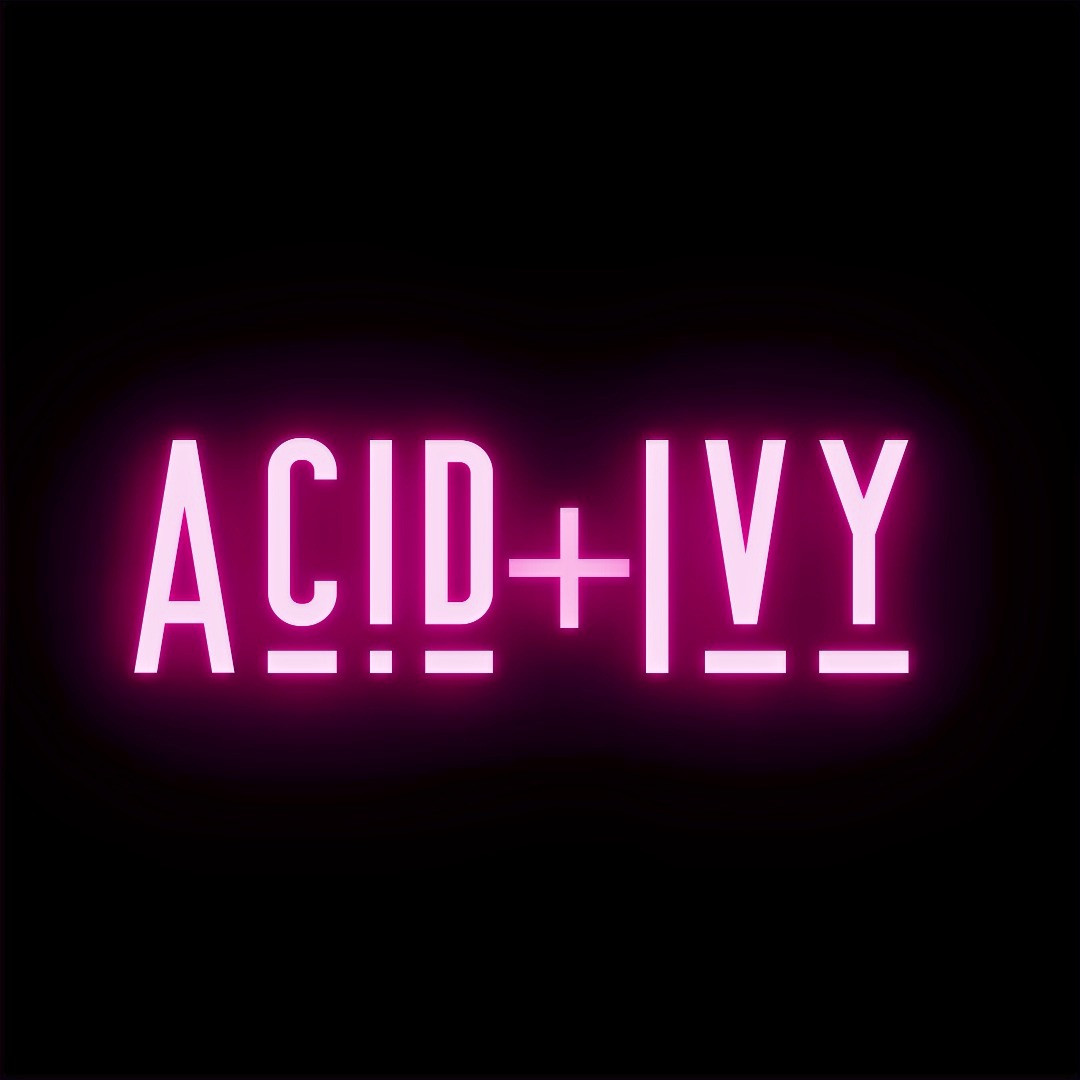 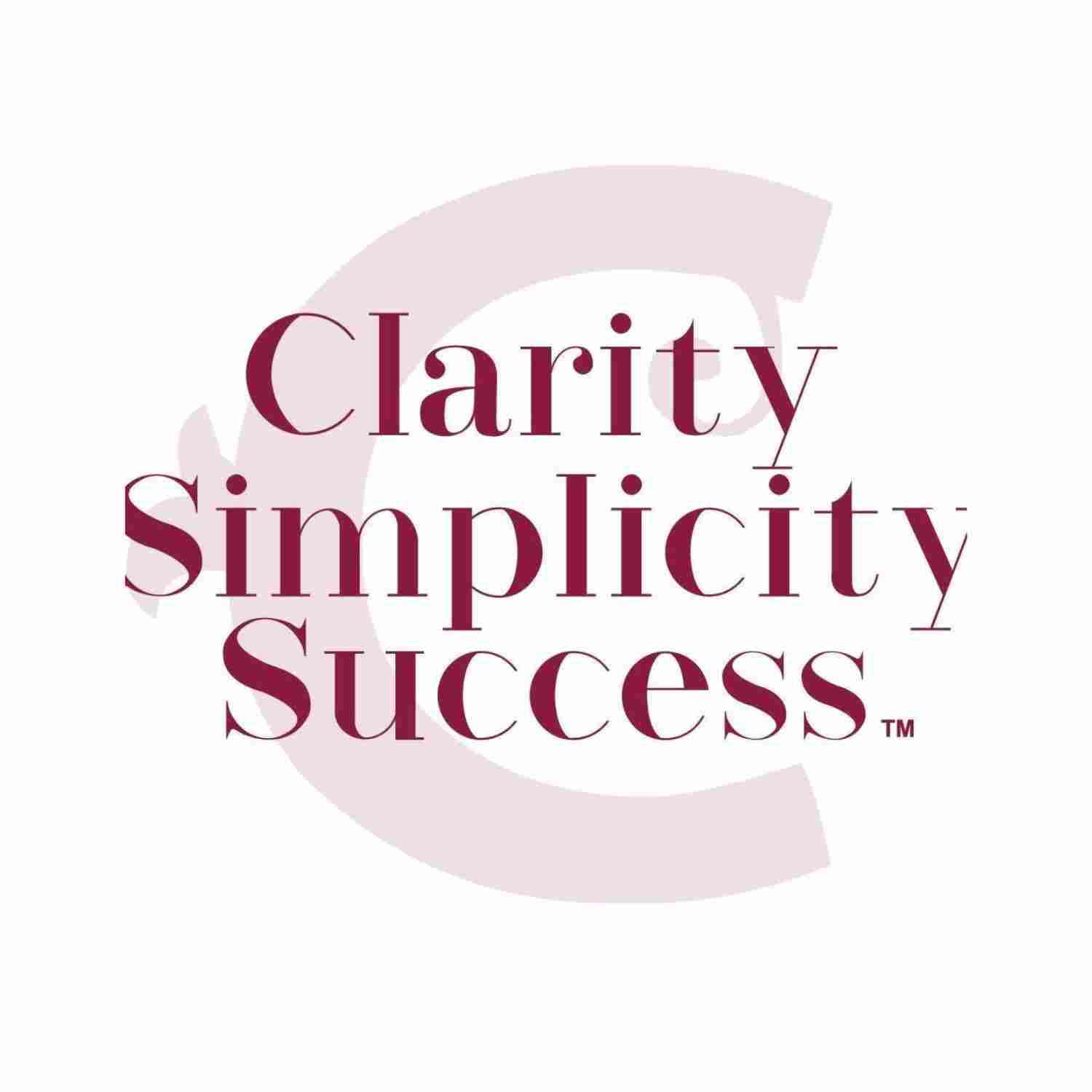