I looked at my family holding back tears as I was about to go through airport security. Last hugs, kisses and reassurances from them, as well as a silent plea from me, hoping for someone to tell me not to go.

‘Me too,’ I replied, and pushing aside my doubts and fears, I disappeared through the crowd.

This was nearly 14 years ago, and I was about to embark on a backpacking trip through Australia. I was only 19. I had worked three jobs to save up and little did I know that this trip was going to change my life forever! One year of travelling, earning money working at a tulip nursery, picking strawberries, and in an outback pub where I turned 20. It was a crazy year and I fell in love with Australia, specifically Perth. And OK, I got a boyfriend!

I was a 19-year-old backpacker living on spaghetti and beer, he was 32 with a steady job.

He owned a house and was an all-round responsible adult.
(In fact, he was warned by friends not to ‘buy a ticket to a travelling show’.)

We had been together at least a month! So you know, a lifetime! But I wasn’t going to let a boy (alright – man, details, details) keep me from my dream of travelling and what I had worked towards for so long. I figured if this was ‘real’, we’d figure it out. We kept in contact the whole time, he visited me in Alice Springs and towards the end of my year in Australia, I came back to Perth to spend another month with him. In September 2005, I came back home after spending the last six weeks of my year in Asia.

One year later, at the age of 21, I found myself in a similar situation: at the airport, with my family and tears flowing freely this time. He and I obviously figured it out, as this was it, this was a one-way ticket to go live with the love of my life (my now-husband) on the other side of the world. My mum’s worst nightmare had happened! I had ten boxes on a ship making its way to Fremantle port and said goodbye to my life in the Netherlands.

I would spend the next seven years building up my life.

Studying English (it was shocking, seriously) followed by a certificate in community services, and getting my driver’s licence. I went from working as a cleaner to managing a backpacker’s hostel. I was working three jobs at once, making friends and eventually reaching my goal working of in a youth prison, which is what I used to do in the Netherlands.

It was my passion, working with young girls who were in self-destruct mode.

In my mind, I was going to change young girls’ lives. Empower them to make better choices. Teach them how to look after and stand up for themselves. Big dreams…but it was never going to happen. 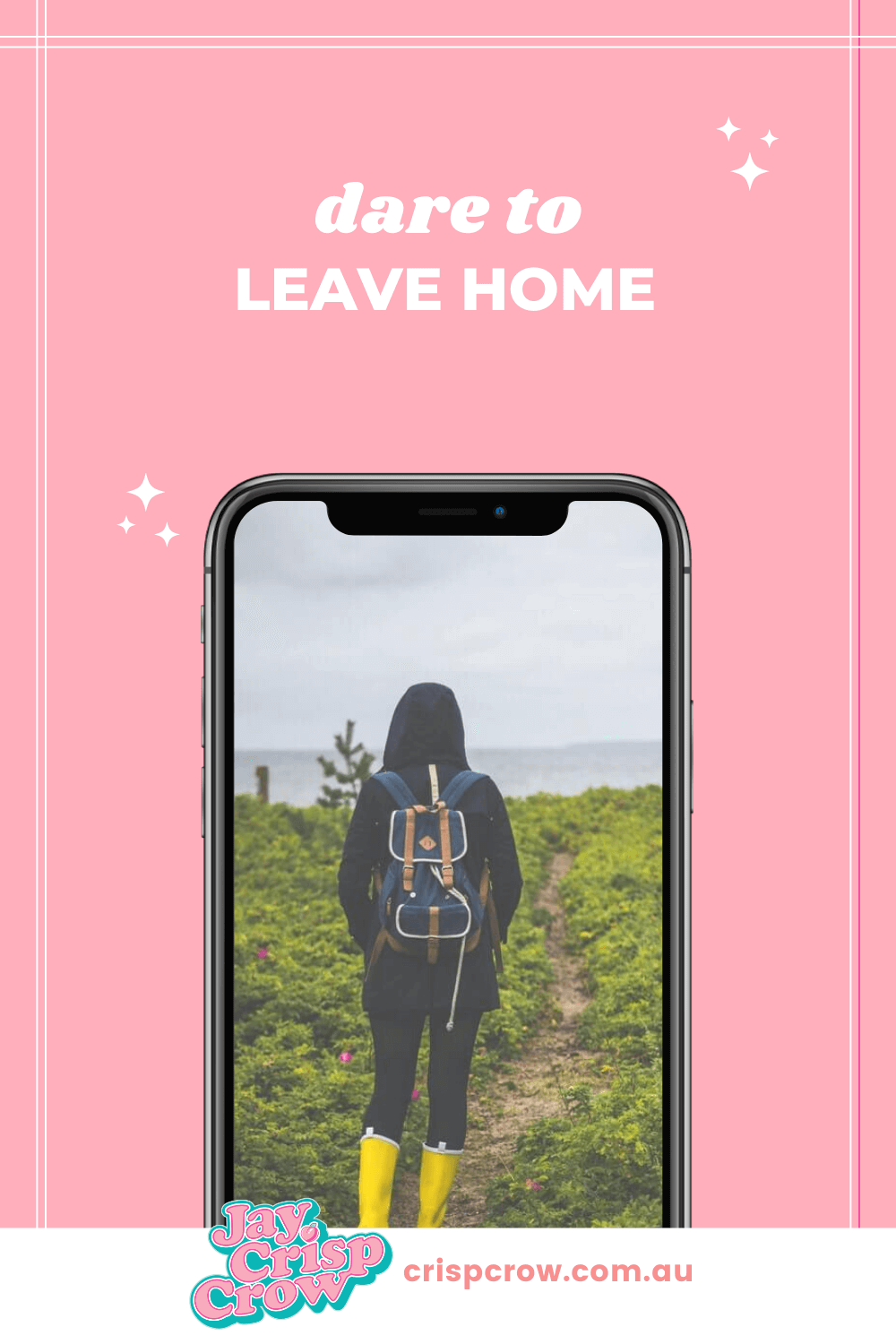 ​Not in this country, with its legal system and a shocking work environment for us.

There was a riot, staff were assaulted, and I was spending all my time playing referee and security guard, rather than being able to actually talk to the girls and help them. I bit the bullet in 2013 after a car accident made me reassess what I wanted. I started studying Graphic Design while running after my then two-year-old, as well as being pregnant with troublemaker number two and still working 12-hour shifts. But I did it! The day I came home from hospital with my second child was also the day I received my certificate in the mail.

Fast forward to 2018 and I now run three businesses,

teach hand lettering in workshops, sit on the board of a charity and am embracing every part of being a mum, a wife, and business owner. I love my life and all the opportunities it brings.

In 2015, I discovered the amazing female small business tribe… talk about a daring group of women!

Being someone who was uncomfortable in social situations, I decided to create a Facebook group to maintain my connections with the women I met, who understand the highs and the lows, and who get as excited about a sale as I do. This was a space where I could share my wins, rant about the losses and ask for advice without feeling judged.

And boy did they live up to expectations. The group has nearly ten thousand members and it’s one of the most supportive communities I’ve ever been part of. I discovered a new passion for the female small business community. I love that I’ve been able to surround myself with women whom I can be perfectly imperfect around. Our common ground is business. It’s what ties us together and what made us connect. But it’s become more than that. It’s also about empowering ourselves, pushing each other past barriers and bringing out the best in other women. We overcome fears and self-doubt, and constantly learn from others in the group.

God, the stuff I’ve learned from everyone. The belief they have had in me has encouraged me to think big and to believe in myself.

To be able to say out loud: I know my shit and I can help you!

I swear, say inappropriate things, sarcasm is my language, and coffee is my drug. I don’t apologise for that. Not any more. I am woman…hear me ROAR!