I Dare You To Go It Alone

I dare you to start it over and go it alone.

When I was in my mid twenties I had a big, ugly break up. I was 25, had my own home and had had a string of relationships stretching back to the first boy who made eye contact with me back when I was 15.

Eye contact, in case you are unaware, is a valid qualifier for a long-term relationship in the way I was bought up to believe the man of my dreams was going to come along.

I’d never, ever been single, or without casual sex, until this break up.

But that isn’t the story I’m telling you here.

It’s the postscript I want to tell you about. The bit after.

The bit that taught me what I was made of.

So when I was 26, suddenly single, trying to break a hold of alcoholism and slight weed addiction (don’t believe the hype kids, it totally f*cks your drive and creativity, and don’t even start me on the class of arsehole that you will meet), I came across two things that would change my life forever. The first was a beautiful lab cross called Sasha. She had been caught (or I imagine, happily followed to the ute) by the city ranger, who had seen my ‘dog wanted’ sign at the many pet shops I had left it at. I’d explained, in my ad, that I was a young 20-something that was desperate to spoil an older dog, had my own home, yada, yada yada. Anyway, the ranger must have been impressed. I got a call and Sasha came to live with me right then.

The second acquisition was a tiny, shoe-box-size, Daihatsu charade. It cost $500, had a windscreen that needed replacing the day I drove it out of the lot, and no air-conditioning.

Sasha and I were an adventurous couple.

I asked the mechanic about fixing it enough to drive the 6 hours from the town we lived in to the closest beach. He said no problem. I handed over $200 to him for the multitude of fixings that that tiny car required to make it out of town. Sasha and I went camping and had the time of our hair-shedding life. We sat on sand, I wrote and drew, and she fetched the ball at least a thousand times.

I didn’t talk to a single person, except to say please and thank you and maybe to ask a question about directions.

It was so freeing, to not be responsible for anyone else’s happiness, or satiation. I wanted more of it. So the plan began.

I sold everything I owned, unless it fit into the tiny car. 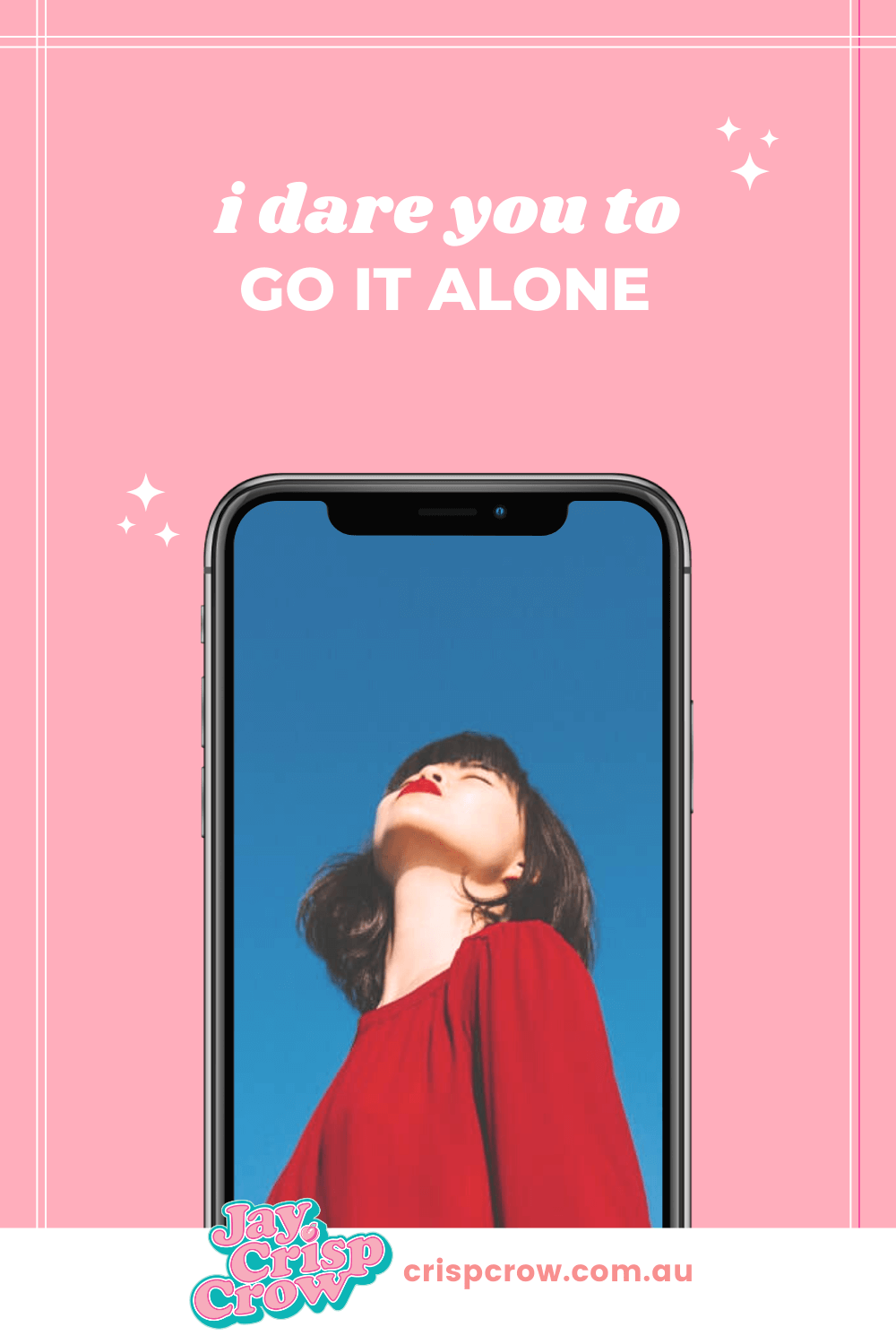 I started interviewing new mums and dads for Sasha, because although she was great to break my ability to stay out all night (“can’t stay and party, sorry, I have to feed my dog” turns out to be a great excuse), it was time for her to find her true parents. They came in the form of a chef and personal trainer, and she lived out her life on the beaches of the western suburbs in Perth. I was glad I was the conduit for her. And in the end, I drove out of that town with nothing but clothes, journal supplies and angel cards, and some concert tickets.

What followed was four months of touring the big wide country that saw me realise many things – I am an ok person, I don’t need a man to fulfil shit, and I am capable and very, very, brave. I camped out, I listened to my intuition. I let my vagina cool to a point where I knew there was a difference between having a low standard and not having one at all.

And when it was all over, and I had to head to university for the first time, I realised I was going to be ok, whether in, or out, of a relationship.

Now, this isn’t where I say “and then he came along”, because he didn’t. Not for two more years. But those alone years of doing what I wanted – being lazy, or busy, or going to art shows and concerts? They were priceless years.

I dare you to be alone.

To sit and eat and not defend yourself with Facebook or a real book.

Keep your chin high and look around.

Decide what YOU think of the people around you with unabashed judgement and then blow that judgement into the wind.

Be the crazy alone person and look truly at what you are capable of.

You might just save a dog from the pound. Or your vagina from terrible decisions.